Welcome to Chessdom. This is your first post. Edit or delete it, then start blogging!

But the threat was eliminated

“I was playing in a tournament in Germany one year when a man approached me. Thinking he just wanted an autograph, I reached for my pen, when the man made a startling announcement. ‘I’ve solved chess!’ I sensibly started to back away, in case the man was dangerous as well as insane, but the man continued: ‘I’ll bet you 50 marks that if you come back to my hotel room I can prove it to you.’ Well, 50 marks was 50 marks, so I humored the fellow and accompanied him to his room.”

“Back at the room, we sat down at his chess board. ‘I’ve worked it all out, white mates in 12 no matter what.’ I played black with perhaps a bit incautiously, but I found to my horror that white’s pieces coordinated very strangely, and that I was going to be mated on the 12th move!”

“I tried again, and I played a completely different opening that couldn’t possibly result in such a position, but after a series of very queer-looking moves, once again I found my king surrounded, with mate to fall on the 12th move. I asked the man to wait while I ran downstairs and fetched Emmanuel Lasker, who was world champion before me. He was extremely skeptical, but agreed to at least come and play. Along the way we snagged Alekhine, who was then world champion, and the three of us ran back up to the room.”

“Lasker took no chances, but played as cautiously as could be, yet after a bizarre, pointless-looking series of maneuvers, found himself hemmed in a mating net from which there was no escape. Alekhine tried his hand, too, but all to no avail.”

“It was awful! Here we were, the finest players in the world, men who had devoted our very lives to the game, and it was all over! The tournaments, the matches, everything – chess had been solved, white wins.”

About this time Capa’s friends would break in, saying “Wait a minute, I never heard anything about all this! What happened?”

have you ever played correspondence chess? 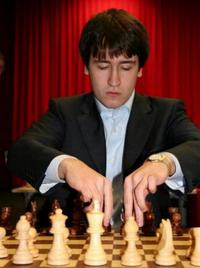 Welcome to the section of Chess jokes! Chess is a complicated game according to clear calculations made by Shannon. Because of that the 64 squared board and the events around it produce great humor. Here is a classical chess joke.

Two chess players are playing a correspondence game. White lives at the South Pole and Black lives at the North Pole. The postal service is rather slow and play proceeds at the rate of one move per year. After 15 years of play, white makes a daring queen sacrifice, the consequences of which are by no means clear. A year later, as he sees the postman returning, he is very excited. White’s thoughts are rushing, “Will black take my queen?”, “Is the sacrifice sound?”, “Is there enough compensation?”. He tears open the reply and sees “Jadoube“.

As Chessdom is completely new, we will also have to say “Jadoube” until we collect more chess jokes to publish. Until then we will be happy if you send us your jokes, no matter if you live on the North or the South Pole.